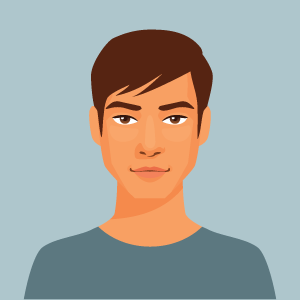 Few things are more stressful than being in charge of ordering for a large restaurant. I found myself in this situation a few years back, and it was really intimidating. I had to figure out how much food our place was going to go through in a week, order everything in, track the usage, track the waste, and then order accordingly. It was also difficult to find the right food supplier, which is why I started taking notes as I went through the negotiation process. This blog is all about finding the right food supplier and knowing how to streamline your restaurant.

One of the things that most people consider synonymous with local delis is good quality pickles. Whether your preference is kosher dill pickles or the sweeter bread and butter style, there's sure to be something for everyone. If you're a fan of the local deli pickles but always wanted to make them at home, you may be surprised to find out how easy it is. Here's a look at what you need to know to get into the pickling game.

Bread and butter pickles are the sweeter ones. If you prefer your pickles sweet, you'll need:

Combine the cucumbers, onions, pepper, garlic, and salt in a large bowl. Cover it with the ice and stir it so that everything mixes well. Let it sit for 3 to 4 hours, then drain. Remove the garlic cloves and discard them. Then, combine the sugar, vinegar, mustard seed, turmeric and celery seed. Combine the solution and the drained cucumber and veggie mixture in a large pot. Heat to boiling, then pour it into hot pint jars, leaving about half an inch or so of open space at the top of the jar. The jars need to be hot so that the mixture doesn't crack them. You'll get about 8 pints from this. Put the lids on the jars, then put the jars into a boiling water bath for about five minutes to seal them.

Wash the cucumbers and brush the skins clean with a vegetable brush. Soak them in ice water overnight. When you're ready to can them, combine the vinegar, pickling salt, red pepper flake and water in a large pan on the stove. Heat it to boiling. While the liquid heats, divide the dill and garlic evenly into four quart-sized canning jars. Then, slice the cucumbers either in rounds or spears and distribute the pieces evenly throughout the jars. Once the pickling solution reaches a boil, pour it directly into the jars until each one is full. Cover the jars with lids, then seal them tightly. Since most of the jar's contents are cold, you don't have to worry about preheating the dill jars like you do the bread and butter ones.

If you aren't comfortable making them yourself, talk with a local deli like Deer Park Deli about buying in bulk.